link to the video

"Rasmus Hungnes is an entity incarnated in space-time, and operates as an artist, all around nice guy and editor-in-chief for Kunstforum. He was educated at world-class institutions such as The Icelandic Elf School (Elves and little people study), and has exhibited counter-intuitive behaviour extensively in Tirana and internationally intentionally."

About the talk:
"Norse philologist and hermit Eirik Storesund will give a lecture entitled "Clubbing the Hermetic Seal with Odin and the Hanged Man: Legitimate bogus and trippy connections in Western occultism and North Sea Voodoo"." 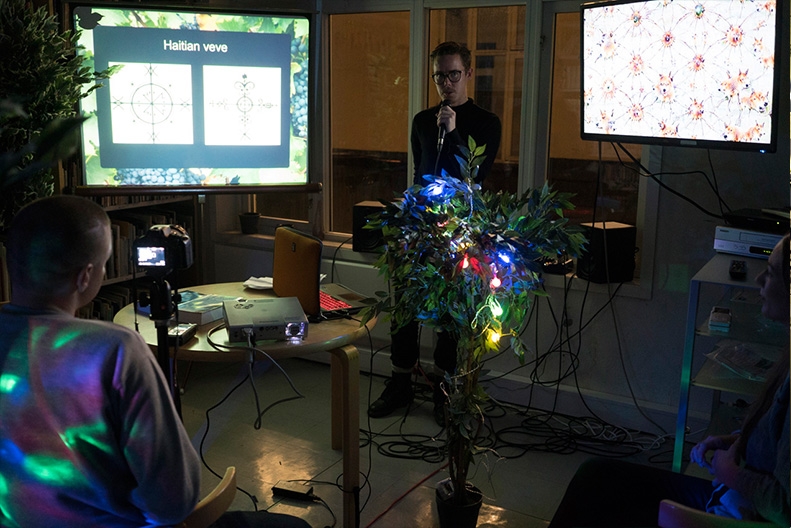